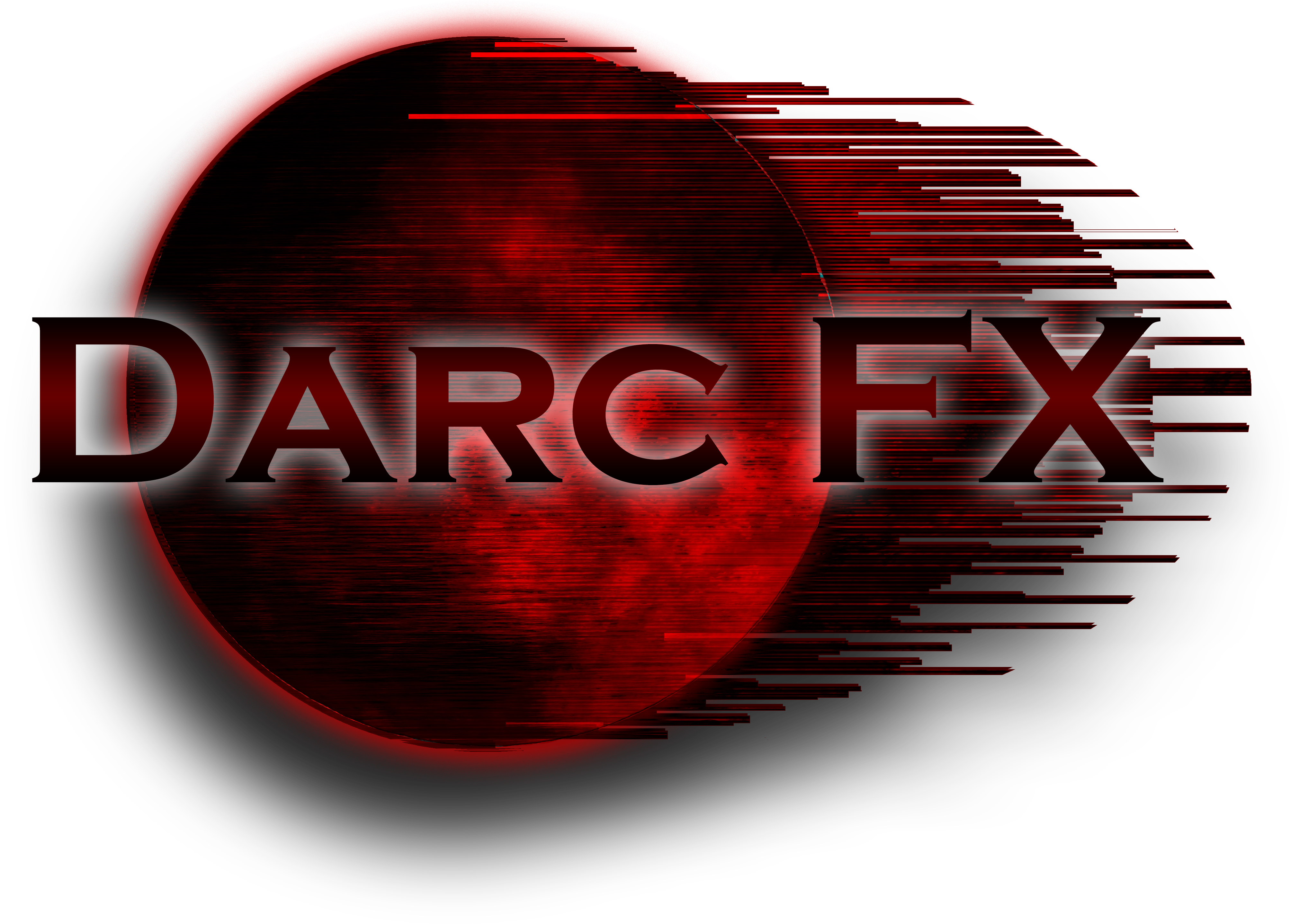 APRIL 12, 2022—The AOL hacking-era of the 1990s, including DarcFX, was featured on GitHub's ReadME Project in an article titled What Hacking AOL Taught a Generation of Programmers: The Open Source Ethos Behind Rogue AOL Add-ons by Klint Finley. 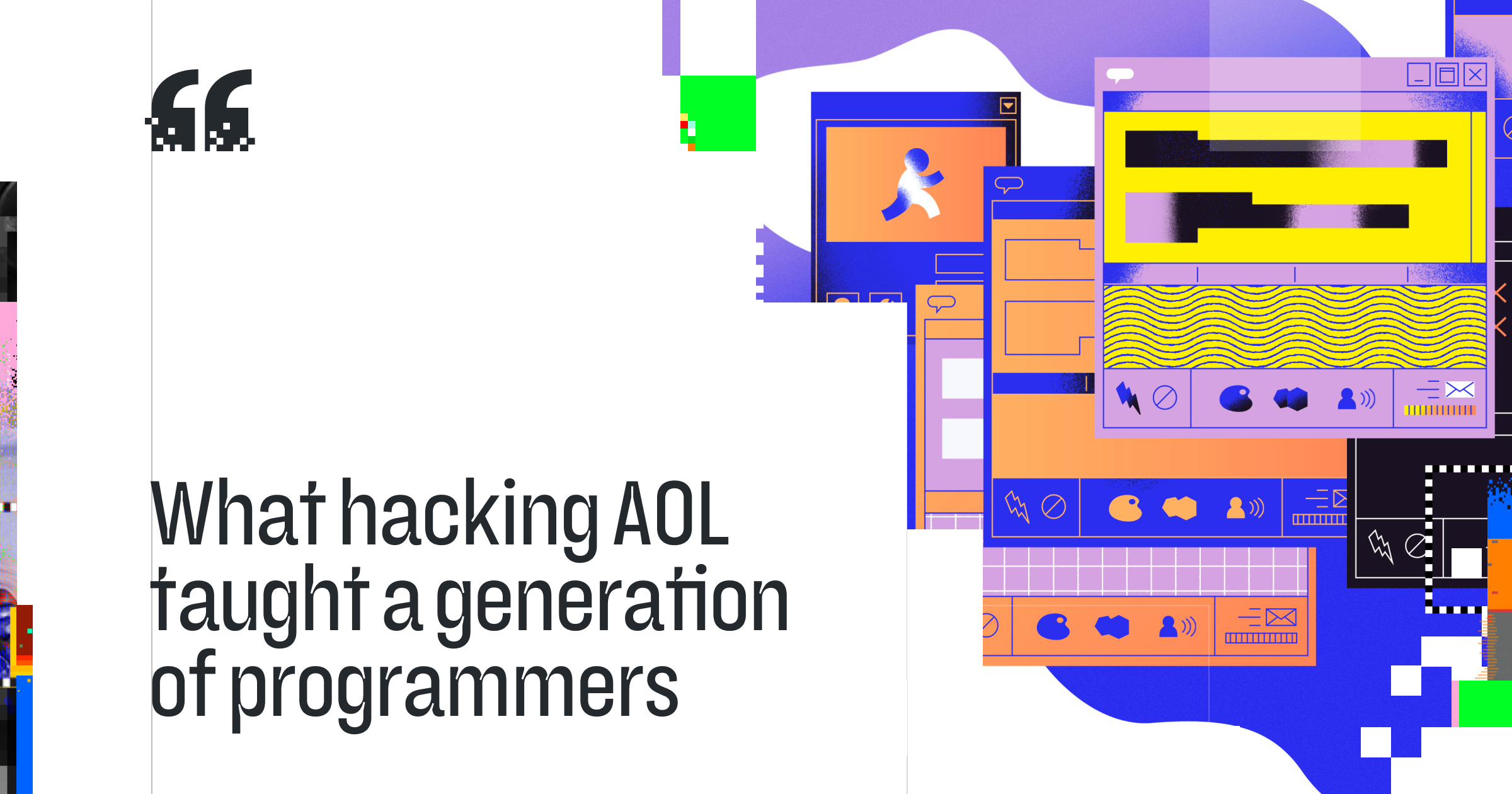 I spoke with Klint via email several times as he was writing the article, and tried to put him in contact with several other AOL "proggers" (add-on developers) from back in the day as he covered an era of open source programming that jumpstarted the careers of so many software engineers and netsec specialists, inluding my own.

I'm thankful for Klint's time and excellent article! I think you'll find he did a fantastic job!

All the files are now hosted in the easiest-to-access method I could think of: I uploaded everything to GitHub. You can just clone the repository and get everything if you wish. Below is a list of categories of what's available!

The idea for DarcFX was birthed in the late 90s as a place to host my programs, as well as helpful code snipets others would submit, and tutorials on how to make "progs" -- which at the time were mostly AOL add-ons/mods, and antyhign to help others learn about software development, mainly in Visual Basic.

Many friends of mine back then (Syber, dos, plastik, pre, Neo) frquented AOL's private room "vb" and overflow rooms (vb1, vb2, vb3, etc.) and help each other and others code. AOL chat rooms lacked the easy ability to share files and source code, and any level of control over what could be very roudy users. So we turned to IRC, beginning TheZone IRC Network (irc.tzirc.com -> #TheZone), and continued.

Over the years, files from DarcFX have been downloaded millions of times, with hundreds of thousands of visits annually quite some time. But in the 2000's, with the prevelance of broadband, DSL, cable, and "always-on" Internet connectivity, the AOL user-base waned as did interest in modifying its mandatory software. Interest in DarcFX and AOL Add-ons faded into memory. But I couldn't bring myself to turn the site off. Being a part of this scene changed my life and the life of so many others who eventually launched into great careers. DarcFX had to stay. So stay it did.

In 2016, someone began a Facebook Group — "AOL Proggies" — I assume for nostalgia, and a friend from the scene invited me to it. They were posting links to apps and screenshots to things they had made back in the day ... and it got me thinking about DarcFX again. I decided to migrate the legacy files, all the DarcFX File Submissions, prog source code examples, modules, tutorials, and whatnot to GitHub, now owned by Microsoft -- the world's largest repository of source code. After all, GitHub really became whe DarcFX originally intended to be -- a place for people to see source code and learn to program!

The entire project can be downloaded at will by all. Git is the new face of open source. DarcFX will remain open, though, and just link to the GitHub repository.

And who knows... I might do something else with the site one day. I've always liked the theme. We shall see!

Originally, DarcFX.com was developed in PHP. As a side-project, on a boring Saturday, I upgraded the core components of this site in 2010 to ASP.NET 4.0 using Visual C#, my now favorite (and considered native) language. Now? It's just HTML/CSS.

I still have an IRC Server linked to TheZone IRC Network, which Syber and I co-administrate. There is a relay out there for those of you who still wish to use irc.darcfx.com. I pretty much squat in #TheZone now. There's also a great web chat feature on TheZone's site. I've also become a regular of #fsociety on irc.libera.chat.